COMMENT on it, and SHARE and EMAIL it to your Friends, Neighbors, FB groups and walls with an easy link.  ….arming you with hard evidence on the current state of nuke affairs in this in progress ELE

KNOW that we are ALREADY IN DEEP TROUBLE…..if you’re interested…. https://askaboutfukushimanow.com/

As you no doubt know, the truths about Fukushima are leaking out everywhere…. BE ALARMED AND BE ALARMING….. time to act is shorter every day….

Side-step the pro-nuker propaganda, and tell your friends and neighbors:

a) All reactors leak all the time, some more than others;
b) That the reactors have been in meltdown at Fukushima since 3.11.11, and triggered the ELE (extinction level event at that time) and;
c) DEMAND THAT THE REACTORS BE PUT  UNDER WATER NOW”!!! 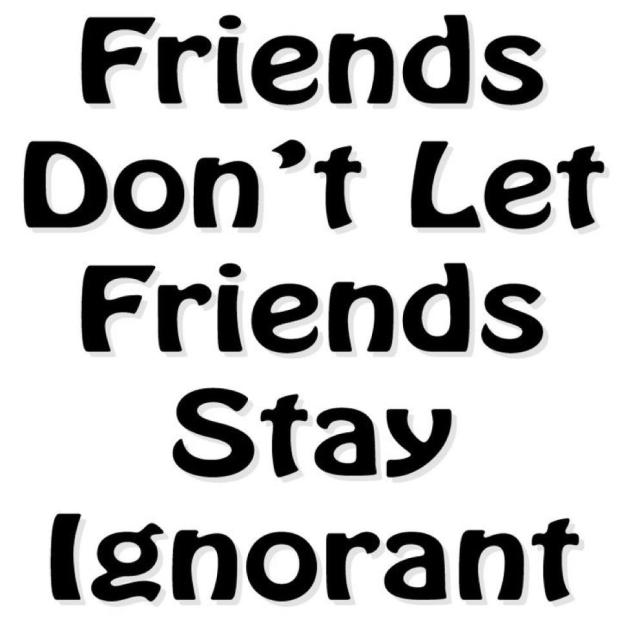 All are welcome in the group, Fukushima On Facebook***!!!

If you’re in FUKUSHIMA ON FACEBOOK or if you would like to be, please honor the stated group purpose!

Pro-nukers, trolls, and unthinking expert groupies are not welcome.  There is Zero tolerance for’ extend and pretend’ and minimization of the global nuclear catastrophe, along with baseless rumors such as ‘shutdown achieved’, the only safe place is the southern hemisphere and/or that TEPCO has discovered how to ‘shut off the sun”.

The “don’t worry/die happy/pretend to ascend’ crowd is better off in a small quiet group….. in what some may suggest as ‘protective custody.’

IF YOU GET IT THAT FUKUSHIMA IS THE GAME CHANGER AND KILLING US NOW, WELCOME!

If you haven’t yet joined Fukushima on Facebook and/or ASK ABOUT FUKUSHIMA NOW….  LINK UP.  See the SPRING 2012 QUASI-FUKUSHIMA DIRECTORY for even more groups!   (Keep reading; link below)

You have friends and neighbors who don’t know about Fukushima yet.

It’s YOUR RESPONSIBILITY TO TELL THEM, AND TELL THEM NOW.

If one way doesn’t work, do something else.  One way is to  SHARE THIS BLOG  and open a discussion with your loved ones.

Do NOT walk quietly in this open air Auschwitz, and Do NOT BELIEVE nor circulate THE PRO-NUKER KILLER KNUCKLEHEAD LIES AND PROPAGANDA.

When in doubt, don’t.  Stick with the basics:  Multiple reactors in meltdown 3.11.11 – Extinction level event triggered 3.11.11 — Crimes against humanity include those complicit in the cover up of the CRIMES AGAINST HUMANITY.

Do your own research and Tell your Friends, Tell Your Neighbors, and Tell them to Tell their Friends and Neighbors NOW.

If you don’t know how to decipher the truth from falsehood with the deluge of propaganda littering the internet since Censorship was lifted, educate yourself, ask questions.

KNOW THERE ARE NO DUMB QUESTIONS, while at the same time, know there is an extremely well-funded ‘war on for your minds’ attempting to distract/deceive/divide about Fukushima and other global events.

3. OPEN LETTER TO US SENATOR ON SUICIDE MISSION TO JAPAN https://askaboutfukushimanow.com/2012/04/18/hello-world-us-senator-on-suicide-mission-to-japan-open-letter/

BE ALARMED.  BE ALARMING!  This is year TWO of  A GLOBAL NUCLEAR DISASTER!!! 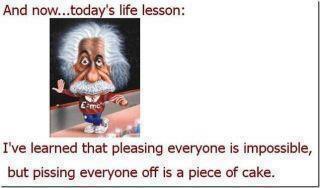 How long have YOU known about Fukushima MELTDOWNS at Reactors 1,2,3+ and how has it changed YOUR LIFE? …. Did you and do you ‘lose friends and family members’ because people are willfully ignorant or absolutely unable to deal with the horrible reality we are all facing, all together?!

Tell us, how long have YOU known about Fukushima MELTDOWNS, and how has it changed YOUR LIFE?   Do you own/use a geiger counter?  What do you do “outside of Facebook” to alert and alarm and ‘arm’ your friends and loved ones?  Do you have a blog?  BLOG ON!!!

How did you handle that first ‘click moment’ of knowing that we are now facing an Extinction Level Event, and have been since 3.11.11.
When did you “get it” that the only known and possible survival action demands that the REACTORS MUST BE PUT UNDER WATER NOW?

Did you ‘lose friends and family members’ because the Fukushima truth was censored the first year in Corporate Media?   In this second year (YEAR 2) of Nuclear Meltdown, there is a deluge of pro-nuker propaganda, lies and mis-information, from a complicit corporate media.

Have you also lost friends to death, mysteriously and unexpectedly?    Friends and family are, no doubt, terrified and often unable to face the reality of this ELE (Extinction Level Event.)   It’s not you, and it’s not new:  REALITY IS WHAT IT IS.

All nuke reactors leak, all the time, some more than others.

They all leak ‘permissible levels of radiation, ALL THE TIME.

The amount of lethal radioactive particles already discharged into the air and oceans is enough to kill all life on the planet. 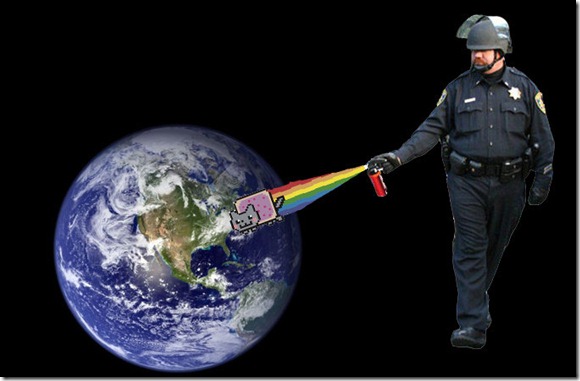 The massive amounts of radioactive particles from Fukushima includes thousands of kilograms or pounds of Plutonium released last year that continue to be released this year.  Plutonium is Extremely Toxic and kills up to 200 million people per ounce. Plutonium is man made in reactors and is not native to this planet.

Deaths and illness are happening now around the world; more in short due course.  Expect more sudden deaths of ‘mysterious causes’ and illnesses that radiation poisoning mimics initially, all with plausible deniability that there is any correlation to the radiation from the Fukushima multiple reactors meltdowns of March 11, 2011.

There are 1,946 KNOWN lethal isotopes that spew out of all nuke reactors.

Isotope mis-information and lethality minimization is big on the pro-nuker media blitz agenda.

It is important to know is that:

a) meltdowns happened at multiple reactors on 3.11.11 and everybody knew it and;

b) the radiation contamination has been non-stop since then. 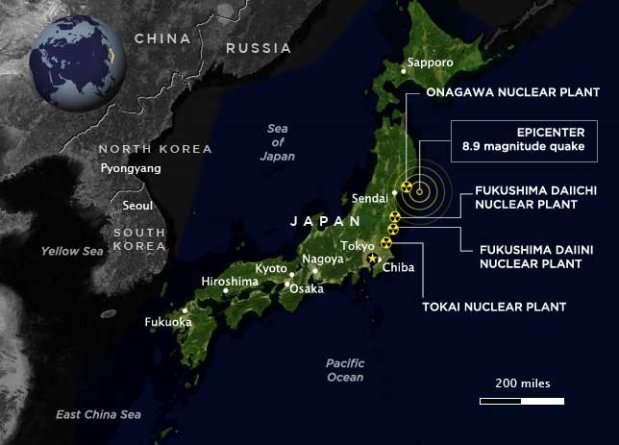 When the reactors are put UNDER WATER….it reduces some of the new contamination from the fissioning fuel rods, as the radiation cannot escape through the surface of the water.  They must then be immediately retrieved by nuke subs, and stored “appropriately”.  Then the trials for high crimes against humanity must commence without further delay.

Know that extinction level amounts of radioactive particles HAVE ALREADY BEEN RELEASED INTO THE ATMOSPHERE AND INTO THE OCEANS.   THERE IS NO HAPPY ENDING TO THIS SAGA.  DO THE BEST YOU CAN WITH THE TIME YOU HAVE LEFT.   Be kind to fellow Warriors.  Shun Sonderkommando.  NEVER GIVE UP.  NEVER QUIT! KEEP FIRING!!!


Let’s get more Truth out there, and tell your friends and tell your neighbors too.  If you’re new to info about Fukushima, check out the blog: https://askaboutfukushimanow.com/ and see the past 30 or so blogs and look back to March 2011 on walls of Friends who have been aware and concerned and alarming since March 2011; it will SERVE to bring you up to speed if you will but read it and SHARE IT. 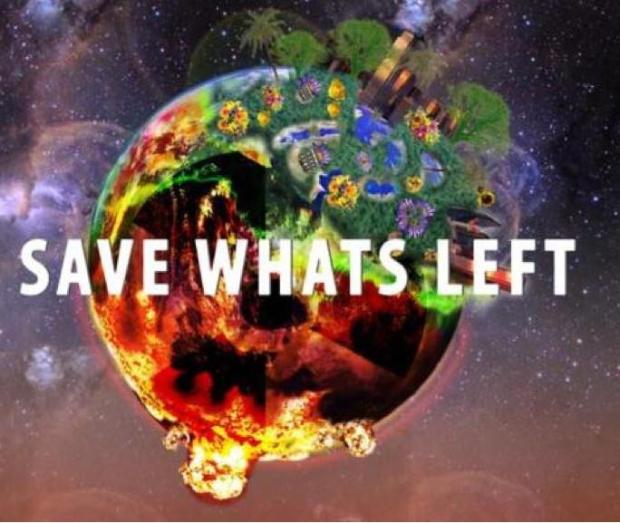 If you’ve been around the whole time, or most of the time, you can also use any of these blogs to open discussions with your friends and neighbors.  Remember, they are terrified about this Extinction Level Event, and don’t want to know about it.

Please be extra cautious about posting any pro-nuker propaganda…..this group is essentially running on it’s own….knowing that we are ALL LEADERS HERE.

If it is not somehow related to the Fukushima triggered EXTINCTION LEVEL EVENT,  please don’t post it.  If in doubt, private message it to a friend for discussion.  Don’t fall prey to the sophisticated propaganda machinery that is DESIGNED to keep you moving their lies and misinformation.  It’s everywhere.

EXPOSE IT. EXPUNGE IT. OR SHUN IT.  DON’T MOVE IT AROUND THE INTERNET.  Let the trolls do it.  That’s part of what they get paid for; 21st Century SONDERKOMMANDO.   SHUN THEM. 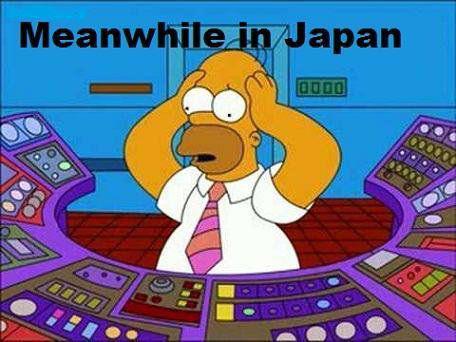 If it isn’t obvious how your post ‘connects to Fukushima and/or nuclear extermination’ please connect the dots in the post so all can understand.

The only time to bother with posts ANY of the pro-nuker ‘experts’ is to highlight, expose and expunge inconsistencies, baseless rumors and lies.

Protecting those who are just learning about Fukushima is an extremely high priority… A rather out-spoken friend defines a nuke expert as follows:

“Definition of an “EXPERT” an Ex is a Has-Been, a Spurt is a drip under Pressure; Period…all those so called expert$ are just paid Pimps Duing what they du best; LIE & Smile while Du-ing it, too; send em to Treason.com of Chernobyl Children Group; One look at Pix of Du Babies & gross deformities…Monstrous* it just takes time for the results, that’s all; by the Time People realize it, it’s too late.”

See also the ASK ABOUT FUKUSHIMA NOW SPRING 2012 DIRECTORY FOR MORE RESOURCES TO SUPPORT AND SHARE WITH YOUR FRIENDS AND NEIGHBORS!  🙂

There are over 100 Fukushima and Fukushima friendly groups listed….find the good ones and strengthen their walls!
https://askaboutfukushimanow.com/2012/04/12/hello-world-mic-check-what-we-do-and-how-we-do-it-we-are-the-media-now-spring-2012-directory/

BE THE MEDIA WE WISH TO SEE…..

REACH OUT BEYOND THE NUKE GHETTOS…………..

A mid-size group, with a similar purpose is:  ASK ABOUT FUKUSHIMA NOW  https://www.facebook.com/groups/askaboutfukushimanow/

A similar group, small and cozy, with a similar purpose is:  ALL NUKE REACTORS LEAK ALL THE TIME:  SOLUTION NOW  https://www.facebook.com/groups/allnukereactorsleakallthetime/

FUKUSHIMA ON FACEBOOK  Group Purpose: “If something doesn’t work, try something else.” “NEVER QUIT. WE MUST SUCCEED.” Pray, Post, Tweet, Tell Your Neighbors, Tell Your Friends….”ASK ABOUT FUKUSHIMA NOW” –> FUKUSHIMA: “All nuke reactors leak, all the time” SOLUTIONS NOW (see those FB groups also)

THE purpose of THIS group, “FUKUSHIMA ON FACEBOOK”, is to function as a directory resource of a variety of Fukushima related facebook groups, walls, pages, prayers and actions, that contain information, actions, prayers, etc. for and about the matters of the global nuclear disaster we now know as “FUKUSHIMA” that currently continues to contaminate the world with lethal radioactive materials.

Another purpose of this group is to facilitate enough information to enhance public opinions to cause immediate paradigm shifts regarding “Fukushima” and related nuclear matters, and to facilitate VISION ALIGNMENT WITH POSITIVE OUTCOMES FOR THE HIGHEST GOOD OF ALL LIFE ON THIS PLANET.

Let’s send positive energy and light, daily, at 3:11 (pm and am, local time) and see this situation resolved now. Post freely, without caution or fear! xooxooxox 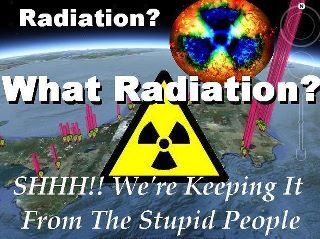 Let’s also continue to LINK UP  at “8 o’clock, local time” in thought/prayer/meditation/silence and/or simply solidarity with and for all impacted by Fukushima (that’s all of us) and with and for all who OCCUPY (on behalf of all of us).  WE ARE THE MEDIA NOW!   DEMAND THAT THE REACTORS ARE PUT UNDER WATER NOW. 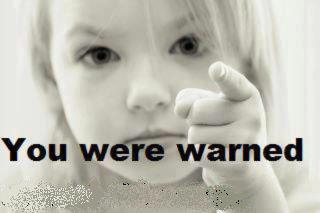 *** Use this blog as a template  in your blog, on your Facebook page and groups. Simply copy, paste then edit this page on your wall, and or any group walls you are in…..Replace the group name with YOUR GROUP’S NAME, and replace the Group’s ABOUT comments, and let it fly!!!    (right click the photo, then SAVE AS on your computer, and keep using it!  If you want to see change, quit asking for permissions to tag etc…..TAKE ACTIONS! KEEP FIRING!!! AS IF LIVES DEPEND ON IT, BECAUSE THEY DO!!! 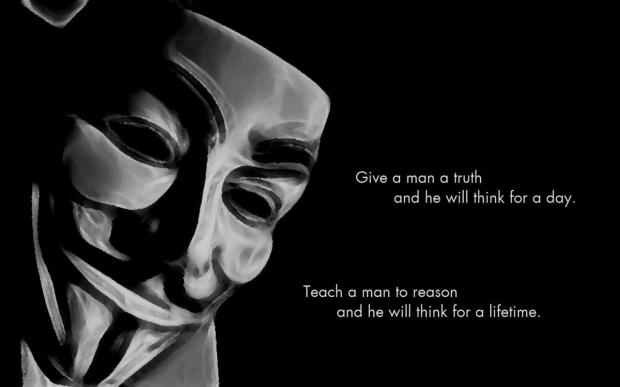 2 thoughts on “Hello World! Why Wait?? “Put the Reactors Under Water NOW” !!! FUKUSHIMA ON FACEBOOK”