Remember Remember #Radiation ALERT levels  USED TO START AT 50 CPMS    Connecting those dots?  Concerned yet?  Let’s get right to the new higher readings;  “the recorded Radiation Highs that affected people this week around the United States and in your neighborhood.”      #RadsUp!  “TAKE PRECAUTIONS” …  Lucy Occupy & Friends

“Your Radiation This Week #7”

(San Francisco) May 15, 2015 – Good Day, this is “Your Radiation This Week.” These are the recorded Radiation Highs that affected people this week around the United States and in your neighborhood.

Let’s get right to it.

*Listed in Counts per Minute, a Count is One Radioactive Decay Registered by the Instrument. Partial Counts are noted. Uncounted radiation would make the Count higher.

“Across the United States from East to West and North to South, this is Your Radiation This Week.”

“…It is incorrect to assume that the DOD will tell Americans anything about their radioactive status. That is not their job.  That task is left to the EPA which analyzes and prepares the data for public release after consultation with state and federal officials. No data or public announcements have yet been made except the familiar “There is No Immediate Danger.” That is to say you won’t get sick and die in the the next few seconds. It is probably quite true, actually.”

“There are exceptions, of course. An excursion inside the exploded reactor buildings in Japan will take you down immediately….”

Note: 4. “…If you pollute when you DO KNOW there is NO safe dose with respect to causing extra cases of deadly cancers or heritable effects, you are committing premeditated random murder.” – John W. Gofman, Ph.D., M.D. (1918-2007), associate director, Lawrence Livermore National Laboratory 1963-1969) — Comments on a Petition for Rulemaking to the Nuclear Regulatory Commission, May 21, 1994.”

“…They knew all about the Wigner effect at the Lab, the government knew it… everybody except the people out in the general public; the ones who still fly in airplanes subject to the Wigner effect.[7] They did not know it then; they do not know it now. They are Shorts, however.”

Copyright @Bob Nichols May 15 2015, Permission is granted to copy and distribute provided the text, Sources and Copyright are included.

3 Responses to “Your Radiation This Week #7….

What say YOU, America? 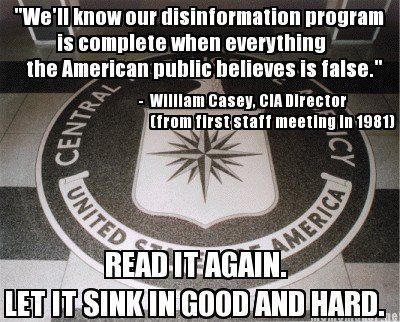