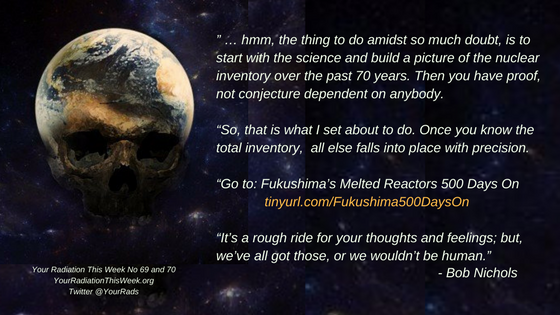 The violent extinction level event occurred Mar 11, 2011. The deadly meltdown and dispersion of radioactive fuel throughout the world is on-going to this day.

Because of the nature of long-lived and short-lived radioactivity, this summation of the radioactive Fukushima inventory is valid for many years. Dr. Scampa’s inventory is current as of Friday, June 29, 2012.

There are 1,946 radioactive products produced by nuclear weapons and atomic reactors according to the Oak Ridge Nuclear Weapons Lab in America.

Nine hundred ninety-three (993) radioactive isotopes are considered dangerous and undergo radioactive decay within eight days; they are not included in this analysis.

Dr Scampa’s article is available to French speakers and all who wish to review the original French here.

I am solely responsible for any and all translation errors.

….Alas, contrary to our reductive conjectures from the past there are many more fission products and long-lasting activation products than we had all too optimistically imagined……

[ Read the rest of the article regarding the Radioactive Inventory NUMBERS here. ]

Copyright 2012 by Bob Nichols, All Rights Reserved. Republishing allowed with all Sources and Notes included.  DUweapons@gmail.com 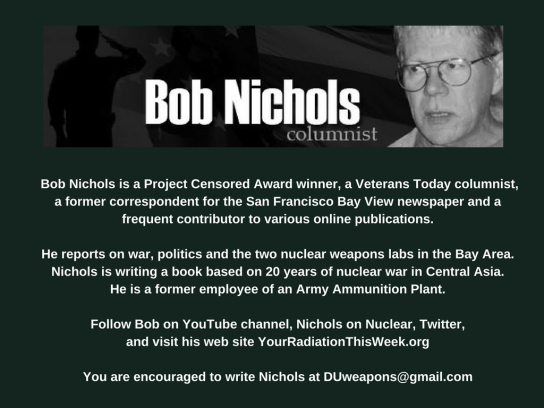 One thought on “Fukushima’s Melted Reactors 500 Days On”