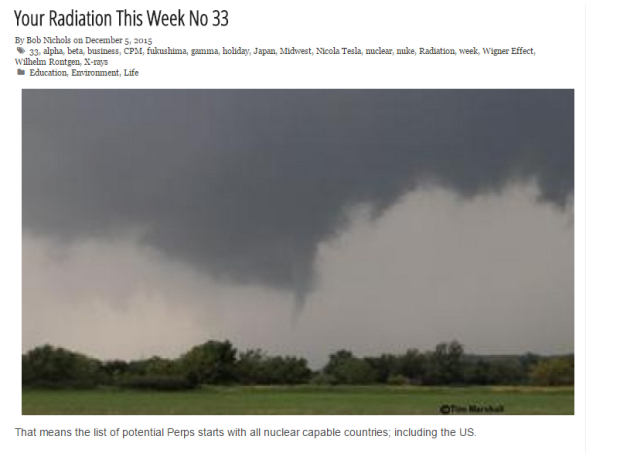 “(San Francisco) Dec 5, 2015 – Good Day, this is “Your Radiation This Week.” These are the recorded Radiation Highs that affected people this week around the United States. You should compare the Rad numbers directly with the Rad numbers in with my articles listed on the VT Author’s Page here:   http://www.veteranstoday.com/author/bobnichols/  or below.”

“…  Spokane, Washington is the No 1 Radioactive City in America this week! Congrats to Spokane! Miami, Florida and Bakersfield, California are close behind in the CPM race to the end.”

The reactors and venting go together as a pair – countries cannot have one without the other. That is just the way it is; the way reactors work.

“That means the list of potential Perps starts with all nuclear capable countries; including the US.”

“Energy Weapons are so hugely powerful; only a nuclear capable country can make and possess weapons that devastating. Even a nuclear capable corporation like Halliburton would be hard pressed to mount three attacks in such a short period of time. Fukushima? Not likely a prime mover in all three; but, a contributor, certainly.”

“Most reactors refuel in the last three months of the year and release lots of Rad in doing so. This could be scheduled to constitute a killing attack on the inhabitants of the United States by the owners of the reactors coupled with Jet Stream Nuclear Blowback from the wars.”

“The scheduling of Venting Operations is by the NRC (Nuclear Regulatory Commission) in Washington, DC. The NRC does what it is told to do.”

“There is ultimately an economic benefit in everything, no matter how gross; somebody is making money off the attacks. We can start with Big Pharma and Big Medicine and work our way on down the money feeding trough.”

“Check this out: www.netc.com Until the Venting Reactors Video migrates to the pay side of www.NETc.com you can watch the Reactor Venting Operation (RVO) nationwide in near-real time without pay at www.NETc.com . Every human being in America should see it at least one time, if not a hundred.”

“See if your nearby local reactor Vented Radioactive Gases or Nuclear Aerosols last night, right now. No nuclear gobbledy-gook or double-talk either. Watch it now.”

Special Gift from the Insane Pro-Nukers

All previous YRTW columns are included at the on this article at the end.

Have a wonderful radioactive weekend and remember to Dodge the Rads, it’s dangerous out there!

Scroll to see them all here: 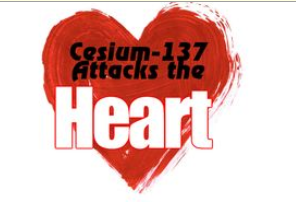 “How’s your ticker today? Cesium 137 is a relentless enemy of your heart. Remorseless, the Rad just bides its time…”
“…,After all, heart attacks are the leading cause of death from radiation. Creepy ‘cos it kinda sneaks up on a person and Zaps them with a Cesium 137 induced heart attack. In Your Radiation Weather today Cesium is the most abundant isotope by weight and Cesium is not all gone till 600 years pass, or 20 Half Lives, years from the time it was first created in a nuclear weapon or atomic reactor. This current Rad mess we find ourselves stuck with is not something we can wait out. The time for action is Now….”
Your Radiation This Week No 6 — http://www.veteranstoday.com/2015/05/08/your-radiation-this-week-6/
READ MORE 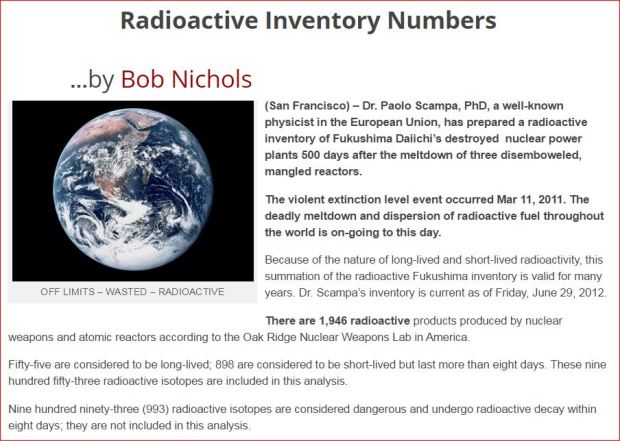 Brought to you as a Public Service Announcement by Lucy Occupy & Friends….

REMEMBER REMEMBER, WE ARE THE MEDIA NOW. 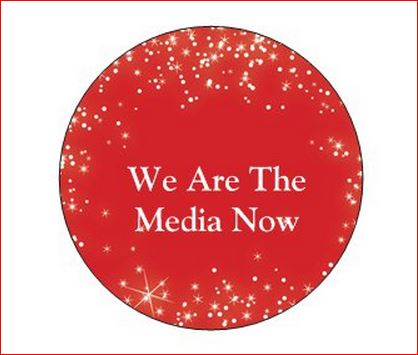