​​Your Radiation This Week
No 19

(San Francisco) August 29, 2015 – Good Day, this is “Your Radiation This Week.” These are the recorded Radiation Highs that affected people this week around the United States and in your neighborhood. Let’s get right to it.

*Listed in Counts per Minute, a Count is One Radioactive Decay Registered by the Instrument.

Up to five previous editions of YRTW are listed at the end of each column. Each YRTW and all my previous VeteransToday columns are at http://www.veteranstoday.com/author/bobnichols/

“Have a wonderful radioactive weekend and remember to Dodge the Rads, it’s dangerous out there!” 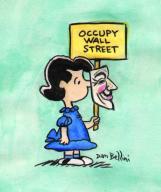 Think Locally * Act Globally #OccupyVirtually – There’s Something In The Air!