“….Chernobyl radiated a generation of Europeans.  We will never know how many deaths.  Why?  The nuclear power industry suppresses that information as they do data about the effects of Depleted Uranium, covert tactical nuclear weapons and the dozen other radiological disasters we face but are never told of.

The world is a police state when it comes to “nuclear truth.”

Japan may well be 100 times worse than Chernobyl.  The radiation from the explosions and core meltdowns, things our press is not allowed to report, has flooded across the United States and much of Europe and has entered the food supply and our water.

The disaster is worse than anything any conspiracy theorist could ever make up. This is what Bob Nichols wrote today:

“Truly, it is as if the entire world is At War! The dreaded all-out nuclear war that would happen if Russia or the United Stated accidentally “Pressed The Button” is going on right now; it is a done deal. Imagine that! The same thing as detonating 2,000 big Atomic Bombs and not even one “BOOM!” Not a shot fired, yet we could all die!

No giant forest fires, no burning cities creating their own hellish, uncompromising firestorms. None of that; but, every bit of the radioactive contamination such an Atomic World War would create; and probably more. For unbelievably, there are more Japanese reactors about to blow. It’s a chain reaction.

Yea, this is what VeteransToday is talking about, radiation from 2,000 kill-you-dead nukes.

It remains a thinly veiled secret of the nuclear powers that it only takes about 300 One Megaton nukes to target the entire world. Typically, the world’s nuclear weapons arsenals were originally built with a 350 year shelf life for major components. In fact, the radioactive materials are “safer” locked away securely in heavily guarded Atomic Bombs, than in loosely managed reactors run by utility companies for supposedly “peace time” purposes. The worldwide nuclear war we’ve got is not the war we feared.”

Ask the Tea Party or, in fact, any party how they feel about this?  Silence?  It’s bribery, 100%, controlled news and a government that is allowing millions to be poisoned.  Things like this can only happen in a police state.

Nuclear power is dead.  Depleted Uranium and the other uranium based weapons (there are many..most secret but used continually) are inexcusable and criminal.

And, today….oil speculation is being used to tax America, looting every household, filling the offshore banks.  My own experience:  I drive to Selfridge Air National Guard base to shop at the commissary on Saturdays.  I save $10 to $20 there.  The gas to drive there costs $56.  What if I had to drive to work every day?  Could I afford it?  What is your families story?….”    …by Gordon Duff, VT Editor    http://www.veteranstoday.com/2011/04/22/gordon-duff-friday-april-22-2011-good-friday-and-the-rape-of-liberty/

The Veterans Today Network is a full service marketing network of web sites that service the U.S. Military and Veterans Community.

Bob Nichols is a Project Censored Award winner, a correspondent for the San Francisco Bay View newspaper and a frequent contributor to various online publications. He reports on war, politics and the two nuclear weapons labs in the Bay Area. Nichols is writing a book based on 20 years of nuclear war in Central Asia. He is a former employee of an Army Ammunition Plant.

You are encouraged to write Nichols at duweapons@gmail.com

Did you know?   Bob Nichols, Veterans Today ….on matters nuclear…. 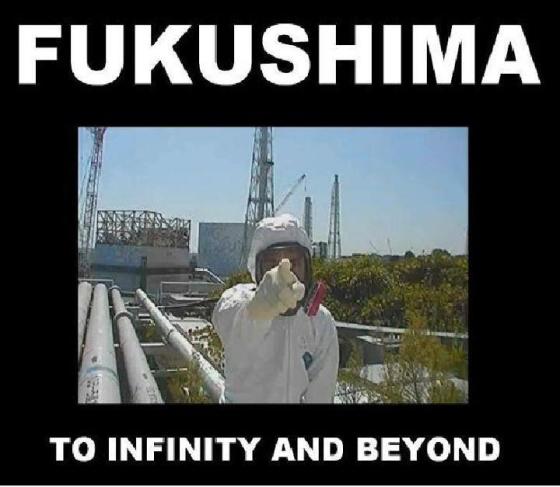 I Spit on Your Grave

Pro-Nukers lie to everybody else (Normals) and by agreement reduce the effective dose absorbed of Radioactive Hydrogen made by Reactors and Atomic Bombs 906 Billion Times – all the while looking you right in the eye.

“I thought Iraq was a United States’ client and would buy American, and if not, NATO weapons. This is the beginning of the end.”

What are efforts to contain Fukushima? None.

– The VeteransToday recommended fix of putting the reactors under water has not been done by the US Government.

…the country very nearly lost the state of South Carolina. Those deadly Plutonium cores were jerked out of those three big Duke Power reactors so fast it would make your head spin.

– Radioactive particle emission through the air from Fukushima is not only 3.7 times higher than Chernobyl, but 28.3 times more radiotoxic with every breath taken.

Polonium did not kill Yasser Arafat. Israeli men are sterile as a result of wars.

The cause of the proximate murder of most, if not all, humans on Earth is a complicated tale of corruption and sabotage by more than one person surrounding the brutal meltdowns and explosions ….

The lesson of the cold-blooded attack on the USS Liberty was that there is nothing the Zionist state might not do, to its friends as well as its enemies, in order to get its own way.

Evacuate Tokyo and All US Forces From Japan

Tokyo station is as contaminated as the mandatory evacuation zone in Fukushima. It’s a Death Sentence for US Troops if they stay.

Is an Unsuspecting Public Being Sacrificed?

It is a very interesting question, then from a military standpoint, of how both electrical feeds at the Byron Station were discontinued at the same time.

Space Age Nuke Use Proven, Not Just in Battle But Terror As Well

NUCLEAR WEAPONS! OhMyGawd They Did it!

Clear evidence of the use of highly enriched uranium weapons in Iraq brought out during lawsuit.

“It is a homicide, isn’t it?…” – Ashai Shinbum, a major Japanese newspaper.

Some 800 million people world wide are members of Facebook; that is larger than most countries, the United States included.

Hiroshima to Fukushima, Finishing the Job

I predict a bloody December as many normal peoples’ hopes for a healthy kid are shattered beyond all recognition by a Fukushima Daiichi crop of monster, deformed, crazed or dead kids.

What can we do to those who are killing us; and, for those no longer breathing, those already killed?

“… Whatever, praying to the goddess Morphine and adult diapers are your destiny now. ““Newsflash: The radioactive crisis near Fukushima isn’t getting any better.

Fukushima: How Many Chernobyls Is It?

“The reactors are releasing as much as a Tepco (Tokyo Electric Power Company) measured 10 Quadtrillion (10,000 Trillion Bq) radioactive counts per hour of deadly radioactive smoke particles into the Earth’s atmosphere.”

2,000 of these B-83 Nukes would do the same contamination Fuku has done already. There are more reactors set to blow up.

Iraq is a Self Cleaning Oven

Lawyers who are specialists in the International Law of Armed Conflict, War Crimes Law to the rest of us, say the uranium smoke, dust and shrapnel must be able to be turned off when the battle is over. Too bad. Uranium gas is a radioactive and electrically charged poison forever.

“With us tonight to talk about a superb article and an incredibly important one is author Bob Nichols, who has been on the program a number of times. He has written an article about Depleted Uranium and what it does to the brain.” – Jeff Rense

The radioactive 850 rounds a minute automatic weapon is about as big as the period at the end of this sentence, never needs reloading and never jams. It’s a perfect killing machine … 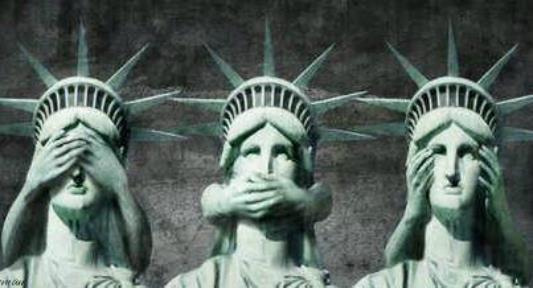